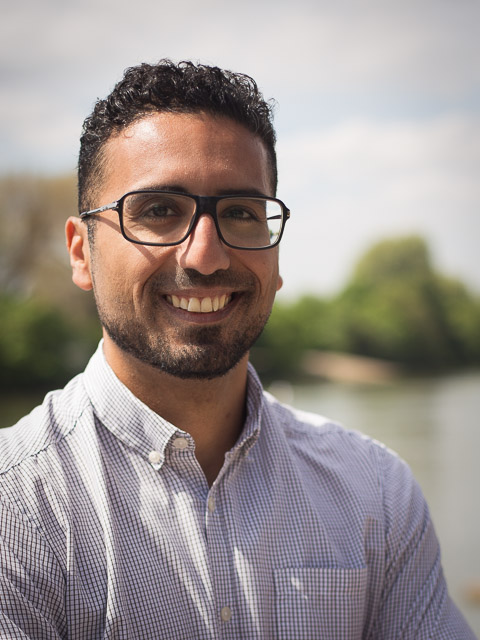 You can tell from the environment at WMR that the company has great morale and ethos. I look forward to coming in to work and there is a sense of family here which always puts you at ease.

Ammr joined WMR in August 2017 after spending over 10 years working in the post-production industry. As Head of Post Production, his role is integral to the quality and success of the final technical and editing processes. He also works closely with the rest of the team to ensure the original vision for the production is met.

Ammr is an ardent team player with bundles of energy and enthusiasm. He has a keen eye for detail and knows how important it is to be thorough at the post-production stage. He particularly enjoys the creative processes his role brings and being part of the development of informative series that people of all ages can watch.

After studying Film and Broadcast at London Metropolitan University, Ammr landed his first job as an Edit Assistant and VT Operator in 2006. He quickly worked his way up to supervisor and in 2009 started working as Editor at ETV Media Group. The following year Ammr operated from his own Soho-based edit suite as a freelance Director, Editor and Cameraman.

His first senior post-production role was for Gamma Project Limited where he worked on a documentary for National Geographic. Following this, he joined Clear Cut Pictures in January 2012 and stayed with them for over five years. During this time Ammr worked his way up to Technical Services Manager, where he had a team of staff to look after. His role involved working on multiple projects, staff training and wellbeing, and was extremely fast paced.

At the end of last year Ammr joined the WMR team and has taken to his post-production role like a duck to water.

Ammr’s interest in film extends outside of his work. He can be spotted frequenting the cinema with friends, subsequently creating online movie reviews. He is a keen sportsman and manages Bow Badgers, a Sunday League football team, which takes up a lot of his spare time.