Launch of The Lost Pirate Kingdom

Our new series, The Lost Pirate Kingdom, has launched globally as a Netflix Orignal.

Co-produced with ZDF Enterprises (ZDFE), the series delves into the 18th century to explore the end of the war with Spain, which left British privateers, who worked as a freelance Naval force, out of work.  The Lost Pirate Kingdom features the real lives of pirate legends like Blackbeard, Henry Jennings, Benjamin Hornigold, Henry Vane and the extraordinary tale of Anne Bonny, one of the most famous female pirates of all time.

The six-part series employs novel production technology – hyper dynamic animation (HDA) – to re-create the pirate republic of Nassau as it was in 1715, using 4K back projection in front of live action. As opposed to the use of green screen, everything in camera shot is an object, so that it appears to be real.

Our CEO Alan Griffiths has described HDA as a “gamechanger” for factual production. “It means we can give a cinema look to any scene from any point in time, anywhere in the world,” he said. “We devised it using proprietary software of our own, and it’s a gamechanger for factual television, it means we’ll now be able to do series like that which fit in factual budgets. It’s going to shift how factual programming will look.”

ZDFE to Roll Out Ancient Apocalypse

We have partnered with ZDF Enterprises  to co-produce and distribute the new history series Ancient Apocalypse.

Produced for ZDF.info, Ancient Apocalypse uncovers why some of history’s most fascinating people have disappeared, investigating the end of the Akkadian Empire, the Lost City of Helike, Sodom, the mystery of the Sea Peoples, the Maya Civilization and Doggerland. The title is now part of ZDF Enterprises’ history catalog, which also includes the World War II series Frontlines, The Abyss—Rise and Fall of the Nazis and Myths—The Great History of Humanities.

Ralf Rueckauer, VP of ZDFE.unscripted at ZDF Enterprises, said: “Our partnership with World Media Rights has generated a number of outstanding productions, with Ancient Apocalypse being the latest. Their reputation for recreating historical moments, in-depth research and compelling storytelling, has resulted in a series that will engage audiences everywhere.”

Eamon Hardy is joining WMR as Executive Producer, Factual and we have retained Meredith Coral as a sales consultant.

Eamon has overseen many of the BBC’s landmark series including The American Future (for BBC2) and The Whale (for BBC 1). In 2017 he Exec’d American Dynasties: The Kennedys for CNN and in 2019 Egypt’s Unexplained Files for Discovery. He also produced some of the most high profile Panoramas for BBC 1 including Who Bombed Omagh? and The License to Murder.

Meredith has over 20 years of experience working in broadcast, acquisitions and distribution across multiple genres and has a proven track record developing co-production partnerships. She worked at UKTV as Head of Co-productions. Her company Lost Art both pitches and closes co-production deals for companies like WMR.

Alan Griffiths, our CEO, said: ‘I am delighted that Eamon is joining us as he is one of the top executive producers in London. Eamon is intrigued by our business model. As we have seen a sharp increase in demand for WMR’s box set series in the last two months, I have brought in Meredith to help us with gap financing some of our new proposals. Her experience is invaluable to WMR.”

Today we have announced our brand new documentary series The Royals in Colour, having secured exclusive access to rare and never seen before footage of royal families from around world.
Utilising the state-of-the-art colourisation software that we employed to great success in World War II in Colour and Greatest Events of World War Two in Colour, The Royals in Colour (10 x 60’) charts the rise and fall of a fascinating collection of kings, queens, sultans and emperors across the globe from the First World War to the present day.
The series will launch to international buyers at MIPCOM 2019 in Cannes.

Having secured exclusive access to two Los Angeles Police Department (LAPD) Cold Case Unit veterans our new series, Catching the Cold Killers (10 x 60’) is currently in pre-production and sees officers Rick Jackson and Adam Bercovici re-open cold cases that have bewildered LA’s law enforcement community for years.
The new series comes as a shocking new FBI report recently found that 40 per cent of American murders went unsolved in 2017: that’s 6,012 murders in one year alone. Catching the Cold Killers will show how these two charismatic officers hunt down the missing evidence that will send the unknown killers to jail.
The series will launch to international buyers at MIPCOM 2019 in Cannes.

Production is underway on Great Inventions

We are one of four internationally recognised production companies starting a new series about the greatest inventions of mankind, in partnership with ZDF Enterprises.
Production has begun on the series and the first 35×50′ episodes will be gradually completed by the end of 2019 and middle of 2020. Other seasons are also already planned.
“We are very proud of our collaboration with some of the greatest production companies in Europe. Here we have a new long-running series being created with a consistent look,” said Ralf Rückauer, VP of ZDFE.unscripted entertainment at ZDF Enterprises, in a statement. “The series talks in a modern and entertaining way about all the things that we tend to take for granted in our modern civilization, highlighting their history and their meaning for our lives in the past, present and future.”
Rights are available for all media worldwide, with ZDF Enterprises responsible for marketing.

It’s The Medium Not The Message

In an article published today in Broadcast magazine, our Chief Executive Alan Griffiths argues that younger viewers will watch older-skewing content if it is presented correctly.
Alan believes that viewing demographics are becoming ever more determined by the delivery system and content structure and less by subject matter.
He states that younger viewers are bingeing on television on just about any device, which is fuelling the rise of the box set. His experience is that provided the factual series we produce for Netflix are constructed like dramas, the audience will watch them. 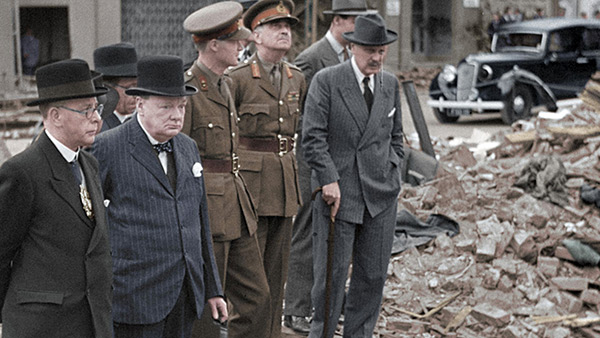 We are delighted to announce several broadcast partners for our upcoming docuseries Greatest Events of World War II in HD Colour. The 10 x 50-minute history series has been picked up by Discovery in the UK, N-TV in Germany and Planete+ in France. Planete+ acquired the series from ZDF Enterprises, the commercial arm of German pubcaster ZDF. ZDF will distribute the series in the rest of the world.

World Media Rights is at the forefront of action adventure series for the international market and Greatest Events of World War II in Colour fits perfectly into our portfolio. It will appeal to history binge watchers around the world.

In an article published today in C21Media, our Chief Executive Alan Griffiths looks at binge watching, the benefits of the box set and our five rules for capturing a massive international audience. 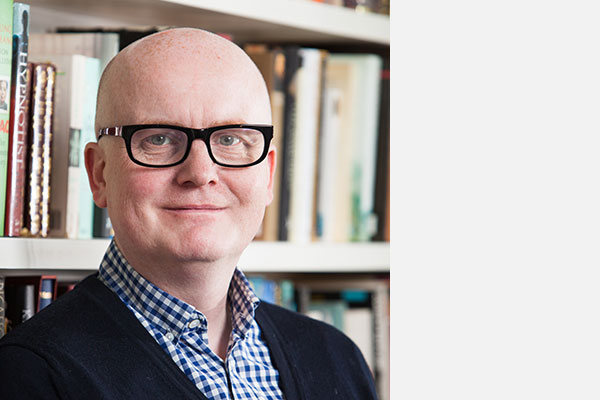 We are pleased to welcome Dean Palmer to the World Media Rights team. Dean will take up the newly created position of executive producer, factual entertainment and project development. He joins us following consultancy roles at John Bishop’s Lola Entertainment and Channel 5’s TV production arm Elephant House Productions.
At this critical time in our company’s expansion, Dean brings flair, experience and passion to the creative and editorial team. His cross-genre experience will help us open up new markets while maintaining exceptional programme quality. 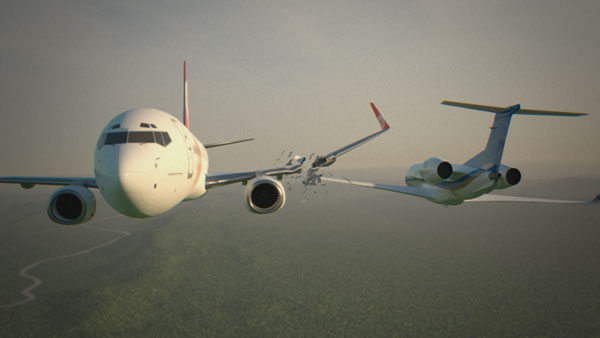 The fantastic third series of our popular Air Crash Confidential has been announced today. This 6×60’ season explores the human cost of air disasters and examines the poor maintenance and human error that can lead to them. Painstaking reconstructions blend with photoreal CGI and gripping witness testimony to create mini-movies that are absorbing, terrifying and intensely moving. The investment in World Media Rights by ZDF Enterprises has ensured this series significantly exceeds the first two in both impact and production values.
The show will be broadcast by Quest in the U.K. and Nine Network in Australia. ZDF Enterprises distributes the series in the rest of the world. 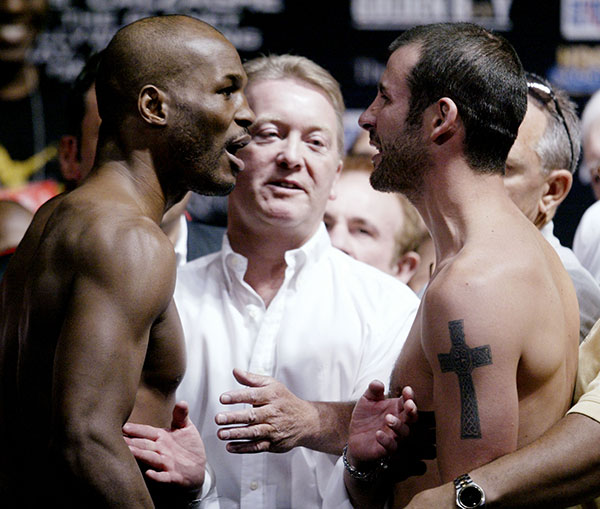 Kings of the Ring

We are moving into scripted drama production for the first time. English boxing manager and promoter Frank Warren has agreed with us to develop a drama series based on his life story.  For dramatic potential it is hard to imagine a more high-octane world than the International boxing scene. With Frank’s input we expect this series to recreate the visceral and cut-throat world more accurately than ever before.
Frank said “I’ve watched plenty of boxing dramas in the past and not one of them rang true. I want this show to be the real deal – just like the boxers. Gutsy, edgy and dangerous”. 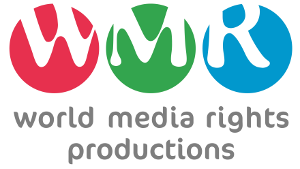 Board Restructure and Recruitment

We are delighted to announce two new senior appointments following the investment in the business by ZDF Enterprises. With over 20 years’ production experience in factual documentaries, Val Campbell joins us from Ronachan Films as Head of Production and Suzanne Clarke joins us as Finance Director.  Suzanne was previously Head of Accounts for Frank Warren’s Boxnation pay TV boxing channel until she went to Australia and founded her own e-learning company. She is also ambassador for the Women’s empowerment movement in South Africa.
These new appointments follow a board restructure where our CEO Alan Griffiths was joined by Creative Director David McNab and ZDF Enterprises’ CEO Fred Burcksen.

ZDF Enterprises announced today that it has signed an agreement to acquire a 32.5% stake in World Media Rights.
We have worked with a number of distribution businesses over the years and have found ZDF Enterprises an excellent partner who can best sell our shows internationally. This investment will help us further our ambitions to produce new types of shows in the factual entertainment space, 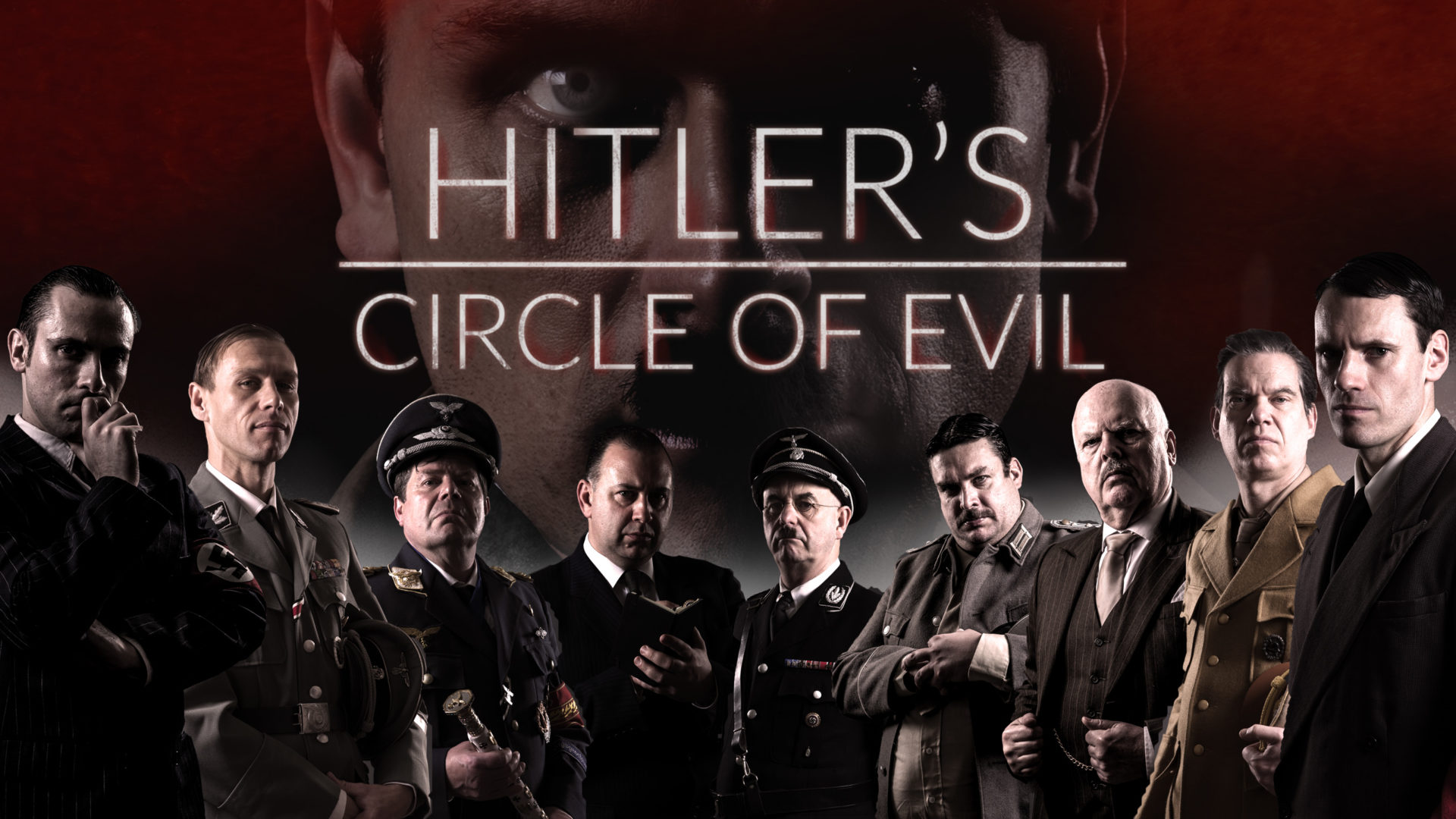 ZDF Enterprises (ZDFE) is holding its first-ever ZDFE.factual London Screenings event on June 15, when it will host the world premiere of our new production, ‘Hitler’s Circle of Evil’. The programme follows the intrigues and rivalry of Hitler’s inner circle as they compete for his attention. Billed as ‘Downton Abbey meets the Third Reich’ the series is compulsive viewing for binge watchers. It will transmit first in Australia and will be available worldwide on Netflix from February 2018.

We can announce today that REELZ Networks will be the exclusive U.S. broadcaster for our new 6 x 60’ series ‘The Real Story of…’  in a deal brokered by our distributor ITV Studios Entertainment.
‘The Real Story of…’ uncovers the true stories upon which some of the most famous, Oscar®-nominated movies of recent years were based.  The series will harness our expertise in marrying dramatic recreation with news archive footage of the actual events and eyewitness testimony.  Separating fact from fiction, ‘The Real Story of…’ will introduce viewers to the real people behind extraordinary events and the real drama of the true stories.