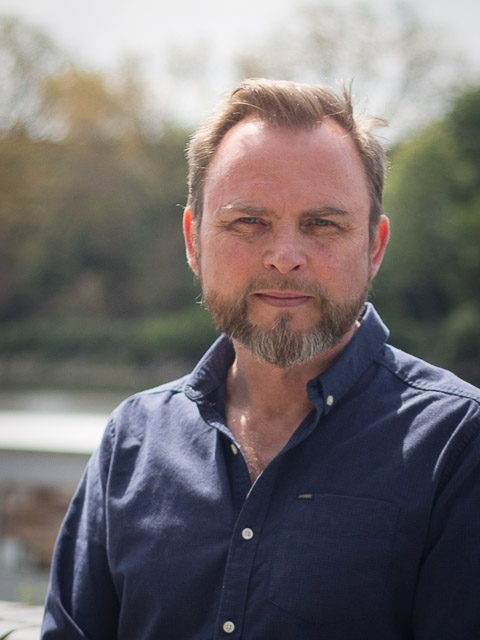 I am having a ball at WMR. I love the shows they make and they are great fun to work on. They involve a lot of creativity, hard work and resourcefulness, but they are immensely satisfying.

David is the Creative Director at WMR and brings a wealth of production experience to the table. He started working with us on Hitler’s Circle of Evil and Mafia’s Greatest Hits as a freelance Executive Producer before coming on board as Creative Director in 2017.

David ensures our productions are visually impactful and factually accurate and his meticulous eye for detail is well recognised by his colleagues.

David’s production career started as a clerk in the film dispatch area at the BBC. He soon moved into sound recording before becoming a director. During his time at the BBC he worked on a series of public campaigns for the Education and Science Department, including the relaunch of Tomorrow’s World.

David went on to work as a freelancer and directed, produced and executive produced blue-chip series for various channels including the BBC, Channel 4 and National Geographic. His headline credits include The Planets for BBC2 and Future Fantastic for BBC1.

Many of the productions David worked on as a freelancer received awards and nominations, including In the Shadow of the Moon which won the World Cinema Audience Award at the Sundance Film Festival 2007 and the first Sir Arthur Clarke Award for Best Film Presentation and Dragons: A Fantasy made Real which was nominated for Outstanding Animated Program and Outstanding Special Visual Effects at the Emmy Awards. Both series he worked on as Executive Producer.

In 2008 David set up Wide-eyed Entertainment with Jasper James, which specialised in factual documentaries and dramas involving CGI and special effects. They produced over 40 hours of television including Science Channel’s top-rating series Dark Matters, March of the Dinosaurs and Battlefield Cell for the BBC and Discovery Curiosity.

From 2014 until he joined us at WMR, David worked with Blink Films as an Executive Producer, creating several series and specials such as Missing Evidence for Smithsonian Channel and FIVE and Nazi Secret Files for Discovery.

Out of the office and in his spare time, David can be found strumming on a guitar or relaxing in a newly-acquired workman’s cottage in the Italian town of Puglia.